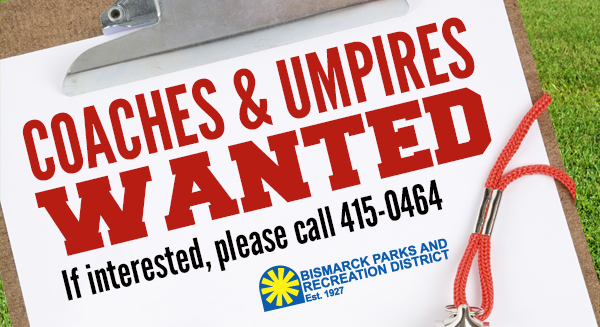 *Dates and times are subject to change.

The league is separated into Major and Minor leagues. Players will only play in one league.

Participants are strongly encouraged to attend all tryout dates.

Participants must attend one tryout date.

Tryouts are used to evaluate players and place them on teams based on a variety of categories. The criteria used to select these teams include: attitude, attendance, sportsmanship, versatility and skill/ability. The Minor league will divide players to balance skills among the teams.

Fees for Major League (In addition to base fee)

In case of inclement weather, every effort is made to determine diamond playability by 7:45 am for day programs or 4 pm for evening programs. Please check the Bismarck Parks and Recreation District website ALERT bar on the front page of the website. You may also choose to “Like” the BPRD Facebook page, since weather notifications are also posted there. You can also call the BPRD information line at 222-6479.

New Neighborhood Park to be Dedicated June 30 in Northeast Bismarck

Bismarck Board of Park Commissioners Brief for June 16, 2022

Tennis Court and Fitness Enhancements in Progress for Sertoma Park